From Concept to Commerce: The Launch of Among Legacies T-shirt Brand

by Tamika on April 10th, 2018 in Apparel, Entrepreneur

“Among Legacies is a T-shirt brand that I created, where pop culture of the past and present merges with words of inspiration; celebrating the legends and icons that embolden us to build legacies of our own.” – Sire Leo Lamar-Becker

I had been toying with the idea of starting a t-shirt line for quite some time. I figured because it is a very saturated market that it would be a waste of time. How many t-shirt companies can there be? A friend, Jiana, reminded me both directly and indirectly, that “who cares if the market is saturated; the market may have a lot of things and people, but what they don’t have is you.” I took this to heart and that’s how the line began to develop; it was me. I purchased Jiana’s T-shirt guide, Start Up or Shut Up: A Comprehensive Guide to Starting Your Own T-Shirt Business for $50 or Less, that she developed after moving on from her successful t-shirt business & submerged myself in all the information.

As far back as I can remember I have been inspired by female entertainers; it’s something about their boldness and complexity that draw me in. What made Cher such a badass? Why was she the first woman to show her belly button on television? Why did she take so many risks with her fashion? What made Diana Ross the diva of all divas? How did she go from a superstar singing group to one of the most iconic music artists of all time? It was just something in them, and that both intrigued and inspired me.

My entire life is curated so that building a legacy is the focus. In addition to the newly launched Among Legacies, I am the Production Manager at Laurel DeWitt, a metal apparel and accessories brand; I am the Producer & Director for my online media company The Deep End Network, which will be re-launching soon. The short of it is that I work my butt off and I am busy as hell. This isn’t a complaint or a humble-brag, but more so a testament that building a legacy is my life’s focus. So when it was time to decide the theme of my t-shirt brand I knew that I wanted it to be inspirational, without being corny, and to be pop culture driven without being celebrity obsessed.

Related Reading:  What You Need To Know About Apparel Showrooms

I started writing down a list of entertainers, writers, and known people that have inspired me through their careers and throughout their lives. As I began writing the list, I remembered a conversation that I had with my friend Samantha Mumba, long ago. We had an inside joke about being a “classy b***h” like Diana Ross; I did a mock-up of a shirt and sent it to her saying that I should sell them for all the classy bitches out there. It was just a funny thing between the two of us and didn’t go any further than that conversation, but I believe that there are no coincidences when it comes to ideas; we birth them & even when we neglect or ignore them, they are still around waiting for us to nurture them.

Once I had my list of inspirational people that had left or would leave huge legacies that have impacted me, and what I wanted the messaging to be, I began to talk through them with Laurel, who helped me with the designs. It is very important for creatives to have people that they can trust to help them refine their ideas and support them throughout the process, Laurel is that person for me.

The designs were complete and now I had to make the decision how the t-shirts would be produced. There are so many different options for printing t-shirts; there are online resources as well as mom & pop shops that will do the printing for you. I decided that I wanted to be in complete control of the branding & packaging, so I invested into a heat press & began to print them in-house. My husband, who’s attention to detail is incomparable has taken on the task of printing the shirts; although not everyone has a partner, I truly suggest building out a team of people that will assist you if this is the route you take. Balancing the orders, printing the shirts, packing, and shipping can be overwhelming.
I am a perfectionist and this can often lead to me pushing back things further than they should be. I knew that because of being in the fashion industry that I wanted the photos for my website to be as chic as possible; I also knew that I wanted to have an arsenal of social media content before I launched because it would be easier than always having to take photos. One of these things I was able to accomplish and the other I wasn’t.

Related Reading:  How To Build A Timeless Fashion Brand 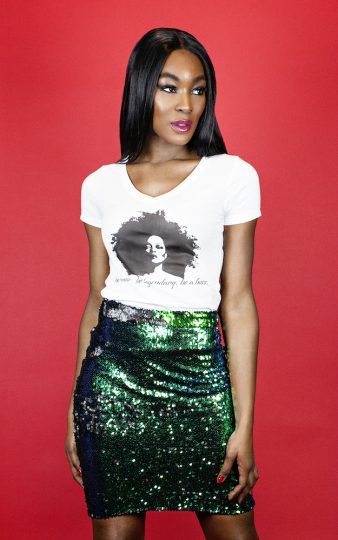 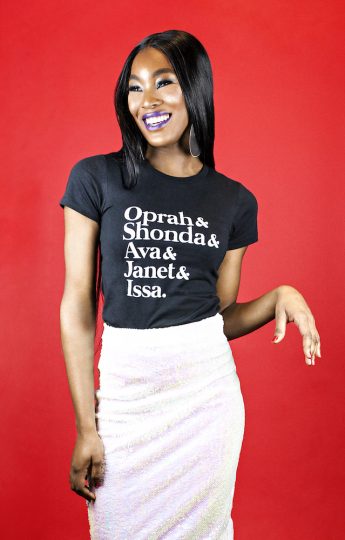 For my birthday I went with two of my best friends to see Cher at the MGM casino in Maryland. I decided that I was going to wear the Cher shirt and wanted to make sure the website was done in case anyone asked me about my shirt; they didn’t, but I spent a week making sure that everything was the way it was supposed to be. Going to the concert pushed me out of my perfectionism and made me say that good is good enough.

Among Legacies had 7 orders within the first 24 hours of launching, and the first week did better than I ever would’ve expected. I took a leap of faith, put aside my desire to have an arsenal of social media content and it paid off. Sometimes we are our own worst enemy; the only difference between people that get things done and those that don’t is, those that get things done take the steps. We can talk ourselves out of amazing ideas because the business is too crowded or our ideas aren’t original; don’t talk yourself out, talk yourself in.

I consider myself a jumper; I jump into my ideas. If they don’t work then I reconsider them then, but I would rather say that I tried something and it wasn’t a success, than to say that I was too afraid to try at all. Ideas are great and sometimes all it takes is an idea to inspire us, but it takes more than an idea to build. It is unrealistic to think that every creative can be a jumper, but a small step is still a step in the right direction. You have to believe and trust in yourself and be prepared for rough road that lies ahead. We at times romanticize being an artist, creative, and entrepreneur; it isn’t this life of freedom & fun, it only works if you do.

Related Reading:  Line Sheets: What They Are & Why You Need Them

If you have an idea you want to take from concept to commerce, visit Maker’s Row to find out how we can help you make it happen.

With the migration of U.S. manufacturing to other countries, people living in once profitable and thriving cities have been left without jobs and stuck in a dwindling economy with little support….

In recent years, technological advancements have brought us machines that produce products faster and more precisely than humans. We now have 3D machines that can print anything scanned, customized,…

Q1: Where are you located and what is unique about your factory? We are located in Catskill, NY, just 2 hours north of NYC. As a community…