by Maker's Row on May 4th, 2022 in Apparel, Business, Design, Factories, Made In America, Manufacturing, Success Stories

With the migration of U.S. manufacturing to other countries, people living in once profitable and thriving cities have been left without jobs and stuck in a dwindling economy with little support. Solving this country wide problem has been extremely difficult as producing overseas is much cheaper than producing in the U.S. However, lately producing overseas has become less of an ideal. There has always been the language barrier and distance that often creates miscommunication and adds time to launch. Thanks to a global pandemic and the war in Ukraine, we’re now seeing a drastic increase in lead time to get products and inflated transportation costs that make a once difficult process even more unstable. Americans have also gained more transparency in how products are being made overseas and what the true cost means for the environment and human rights. All of these facts are driving a need to increase U.S. manufacturing, and fast. 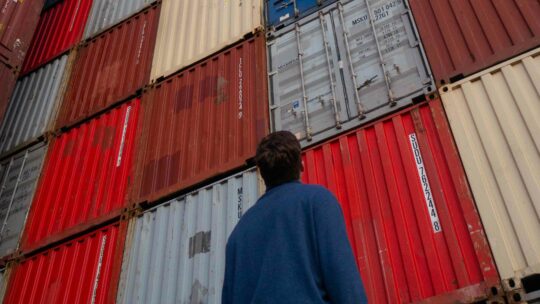 Although the pandemic has delayed our products overseas, it has pushed us to reconsider making products domestically and make them in other cities. One silver lining of the pandemic has been the “great pandemic migration” where for the first time in decades, humans have migrated in large numbers. The pandemic influenced millions of people to move from more popular cities like Los Angeles or New York to cities with less restrictions on business, and cheaper taxes & housing. As some metropolitan cities shut down, others stayed open and continued business as usual. What we are witnessing now is an incredible moment for cities that haven’t experienced inflow of population and business for years. Many people that have moved are staying and fueling new business, giving lasting hope to a more steady domestic economy.

Marta Miller, owner of Lefty Production Co., is one of these motivated migrants. During the pandemic, Marta left Los Angeles for Austin, Texas to vacation with family, a vacation that didn’t quite end. In fact, she was one of approximately 200k that moved to Texas during this time and one of 400k that left California. Through this move, Marta received the hindsight that many people could only realize during a time like this. She reaped the benefits of having time to reconsider business without micromanaging it. In return, her factory in Los Angeles thrived and she had more time to think big. 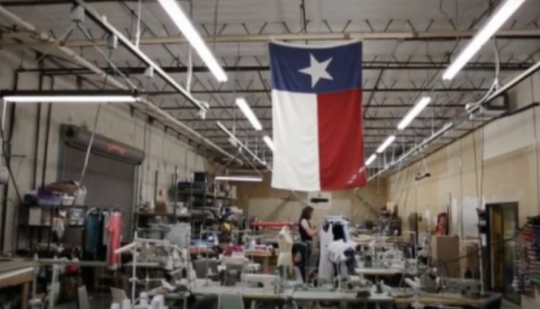 This migration and these insights inspired an acquisition with a Texas based development factory, Stitch Texas. The timing was perfect. Marta had collaborated with Stitch Texas in the past, Stitch needed to renew their lease, and Marta had a desire to expand domestic manufacturing – and the bandwidth to do it. This acquisition built a significant bridge between fashion capital Los Angeles and middle America. As Stitch Texas was just a development factory and not doing production, most production was still being sent overseas. One major benefit of the acquisition is the ease in sending Stitch’s development to Marta’s domestic production house, Lefty in L.A, instead of overseas. This pipeline has created ample opportunity for anyone wanting to make a product domestically and outside of a major metropolitan city. Anyone developing at Stitch Texas has access to the abundant resources that often only exist in New York & LA. The next move is opening a production facility right in Texas, a move that Marta is planning as we speak.

As overseas production continues to prove difficult in the aftermath of a pandemic and the presence of war, America must find this as an opportunity for domestic manufacturing. We are certainly seeing moves in this direction and the influx of population to previously deserted cities is inspiring for business and growth. With the help of domestic factory owners like Marta, we can continue to create a more diverse and spread out network of manufacturing across the U.S., sharing resources along the way.

In recent years, technological advancements have brought us machines that produce products faster and more precisely than humans. We now have 3D machines that can print anything scanned, customized,…

Q1: Where are you located and what is unique about your factory? We are located in Catskill, NY, just 2 hours north of NYC. As a community…

Tips for Designing for Plus Size

There is enormous potential for plus size clothing. In fact, 67% of the US women’s population is plus size, which translates to a market of around $21 billion. However, many fashion brands that are…